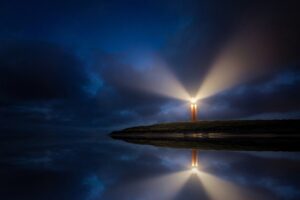 In the 2014 and 2015 seasons I took charge of the sound design for two National Maritime Museum exhibitions, Visions of the Universe and Guiding Lights. The work was done in my teaching capacity at Trinity Laban Conservatoire and involved the students in the composition of fragments of material, field recording and interpretation of the briefs. Visions of the Universe was a particularly large scale exhibition with a 20 channel sound system and a number of zones. The overall sequencing and spatialisation was controlled from a Max Patch.