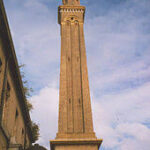 Living Steam was commissioned in 1998 by Sonic Arts Network as a site-specific installation for the Kew Bridge Steam Museum (now the London Museum of Water and Steam). The museum is housed in a former pumping station by the Thames and features the world\’s largest collection of working Cornish beam engines including the enormous 100 inch Grand Junction engine. The piece took the form of an eight channel composition in which the live sounds of the engines were juxtaposed and combined with transformed recordings creating a kind of concerto for beam engines and electronic sound. Further installations of the piece (without live engines) took place later that year at the Huddersfield Festival and the National Railway Museum, York. Hear a stereo mix below: